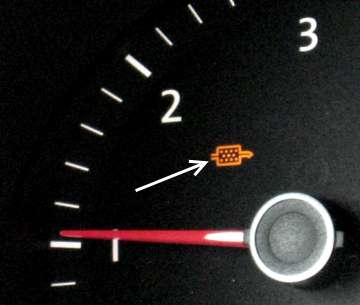 Okay so in the DPF Removal world, remappers from all over the country have turned away DPF Removals on PD engines with the PPD Siemens ECU’s because they couldn’t get the mapping of the ECU perfected and was causing all sorts of problems. It’s not just the Audi A3 but all PD engine cars such as Audi A3, Audi A4, VW Golf, VW Passat and so on.

What we’ve seen from experience is when reprogramming the ECU as you would with any DPF Removal session the ECU doesn’t actually allow you to disable the DPF system but infact all it allows is to adjust the Exhaust Gas Pressure Sensor Threshold to not flag up faults if the readings are excessive or below threshold i.e. no pressure. This means no matter what, these companies attempting to carry out DPF removals on such cars are unable to stop the regeneration process and the car will smoke quite badly. On top of this, there is no guarantee the faults will stay away – infact, we normally see that after just a few months the glow plug light will flash and the DPF light will come back, putting the car into LIMP Mode where the ECU restricts the power to 3000RPM.

Working with the team at Sinspeed, together we’ve cracked the best way to tackle this problem. We’ve managed to fully decrypt the PPD Siemens ECU’s which has allowed us to fully disable the DPF system and stop the regeneration process all together. Very big claims yes, but this has been tried & tested and have to date been successful for us on over 1000 PPD Siemens DPF Removals with zero errors. It works great with our smoke-correction services which means it won’t affect your MOT either. – This is great news for anyone with a VW, Audi, Seat or Skoda wanting their DPF removed..

Each DPF Removal we do is custom tuned, this means the DPF removal session is bespoke to your vehicle not just data files copied from one car over to another because each vehicle requires different setups depending on the health state of the mechanical components.

Beware of cowboy companies (mostly one-man bands working mobile or from home) they take your money, scan your ECU file for whatever fraction of it they can read.. run it through an automated software to turn off the lights and walk away with whatever you pay them.. a few weeks down the line when your engine breaks down due to being sooted up, excess back pressure blowing the turbo and potentially bore washing the pistons with over fueling issues – they will have vanished and re-opened with a new name.

If you’re looking for a trust worthy company then contact us to carry out your DPF Removal session or go direct to the Sinspeed Audi A3 PPD Engine DPF Removals article and speak to the technicians there. Their number is 0871 2887 666.